S-Tech have said goodbye to the RWWA TAB Big Screen after we completed our supply and operation contract after 9 years of loyal service.

S-Tech have attended countless events around Western Australia for all horse racing categories as well as many special events, including the prestigious ANZAC Anniversary in Albany in 2014 and the inaugural AFL grand final appearance of the Fremantle Dockers in 2013.

With hundreds of thousands of km on the clock and with the Big Screen well looked after by our operator Jeff Korber, we are sorry to see it go…. Jeff probably not so sad as he was responsible for the weekly detailing and maintenance of the mechanics of the “black beauty” as it was known on the road by many of the truckies that saw it on the road.

The LED Screen will now be located permanently at either Ascot or Belmont Park Racecourse for Perth Racing. 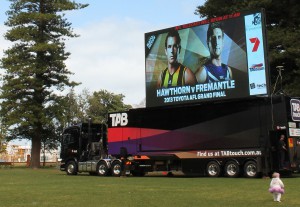 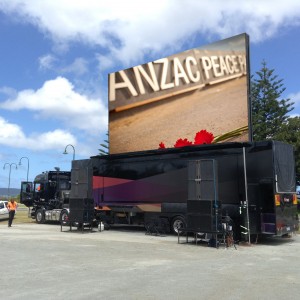 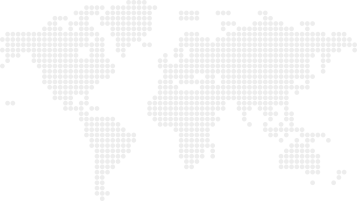 S-Tech together with Signon have recently supplied and installed an outdoor and indoor LED sign to the Water Corporation in Canning Vale, Western Aust [...]
READ MORE

The committee and staff of the Pinjarra Race club have no hesitation in providing the highest possible recommendation of [...]

S-Tech is the preferred supplier to City of Perth Parking (CPP) and have been over the last 8 years supplying their LED [...]
VIEW MORE